A novel liquid settlement system (LSS) was installed in advance of mining at a western United States (U.S.) longwall mine to measure total roof sag from the time of cutting to days after mining during gateroad development.  The system was used to compare differences in roof sag between conventional place-change mining using a Joy continuous miner and a Fletcher roof bolter and mining using a miner-bolter.  The LSS was installed with an intrinsically safe, miniature data acquisition system (MIDAS) to record roof response at four locations in the same gateroad.  The system utilized pressure transducers to measure roof sag by the principle of falling head (fluid pressure) in fluid-filled tubes installed in the immediate roof.  Details of the LSS design, installation, data collection, post-processing, and future applications are discussed. 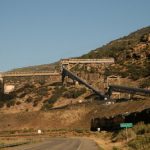 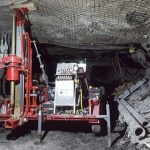