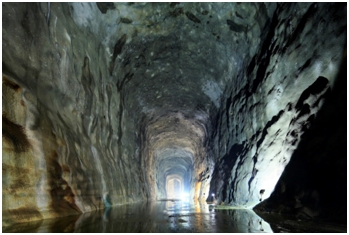 As a subcontractor to PBESS, Agapito Associates, Inc. (Agapito) was responsible for geotechnical design and construction confirmation for the Jurong Rock Caverns, Jurong Island, Singapore. Completed in 2014, the Jurong Rock Caverns (JRC) were the first underground rock caverns in Southeast Asia to be constructed for storage of liquid hydrocarbons such as crude oil, condensate, naphtha, and gasoil. The facility is located beneath the seabed of Banyan Basin, approximately 390 ft below sea level.

The decision to locate the underground caverns under Jurong Island was governed by the scarcity of land within the city-state of Singapore. The island was created for industrial utilization through a combination of marine land reclamation and amalgamation of seven pre-existing islands. Placing the storage facilities below ground freed up about 150 acres of usable surface land.

The caverns consist of nine individual galleries, four of which are interconnected. The resulting five isolated storage caverns have a total storage capacity of approximately 52 million ft3 (9.2 million barrels). The galleries are extremely large in section; 90 ft high by 65 feet (ft) wide, and approximately 1,000 ft long.

Product pressures up to 52 psi are maintained. In addition to the storage galleries, various access and operations tunnels are required to support the facility. Among these are water curtain galleries for product containment. The facility was designed to have a service life of at least 50 years.

Agapito conducted a variety of design and project management tasks, including authorship of the project’s Geotechnical Design Report (GDR). The design included a sophisticated network of access shafts and connecting drifts to support construction and the unique requirements of liquid hydrocarbon containment. The caverns were constructed in the rock mass under the bay with shaft access on adjacent land. The rock mass consists of sandstone, shale, siltstone, and limestone. Regional and contact metamorphism with igneous dykes greatly hardened the rock mass. 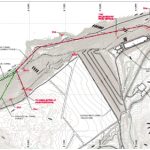