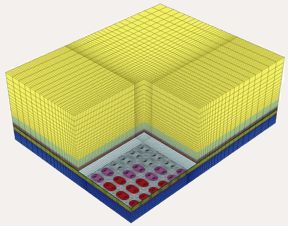 AAI has completed studies leading to prefeasibility and feasibility level mine plans for solution mining the Potassio Rio Colorado potash deposits in Mendoza Provence, Argentina (now Vale). These deposits have long been known and were drilled in the late 1980s, early 1990s, and again in 2005. A pilot test was conducted in the early 1990s and again after Rio Tinto acquired the property in 2004. AAI has supported Rio Tinto’s evaluation of the property assisting in development and evaluation of the pilot test, completing thermo-mechanical tests on core, evaluating cavern and pillar dimensions, and designing the well-field layout. In addition, AAI has completed assessments of potential subsidence to support permitting efforts and participated in management evaluations of the property serving as the in-house expert on solution mining.  AAI certified the resource and reserve estimates as a Competent Person per the requirements of the JORQ code. 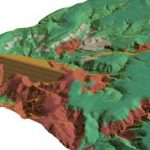