West Ridge Resources, Inc. (WRRI) commissioned Agapito Associates, Inc. (AAI) to analyze subsidence potential from planned longwall mining in the vicinity of the Grassy Trail reservoir adjacent to the West Ridge Mine in Whitmore Canyon in 2004.  The reservoir and earthen dam were constructed in the late 1950s and are a principal water source for the town of Sunnyside.  The predicted subsidence near the reservoir from planned longwall mining were analyzed utilizing a computer model calibrated to survey data over early longwall panels.  West Ridge successfully retreated the three longwall panels closest to the reservoir between 2004 and 2006.  Monitoring of the dam by RB&G Engineering, Inc. (RB&G), engineers for the dam, demonstrated that no significant ground movement was induced by mining near the reservoir and dam, thereby confirming the 2004 subsidence predictions.  The nominally 875-ft-wide barrier left between the reservoir and mining proved adequate to protect the dam and reservoir.

In 2010, AAI was again contracted by WRRI to analyze the mine plan being considered.   A best-predictor subsidence model was calibrated to the latest and best subsidence survey data collected above between 2004 and 2010.  The survey lines and dam monitoring by RB&G were relevant and site-specific for predicting ground response above the planned panels.  Risk was assessed by comparing predicted level of ground deformation with published subsidence damage criteria developed from case studies, as well as regional experience with subsidence at other western U.S. longwall mines. 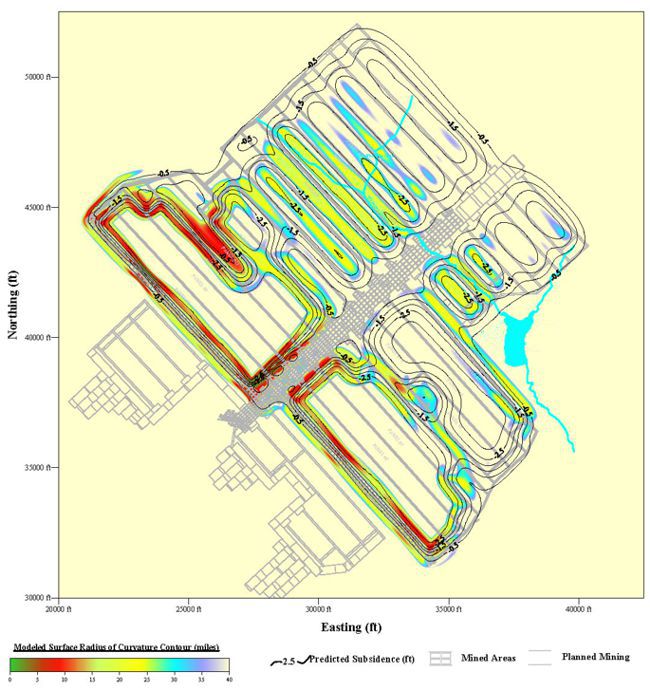 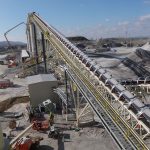 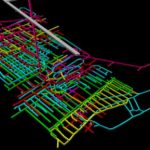